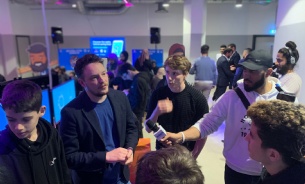 School trip in the headlines

Our Computer Science department recently took a group of Year 10 pupils to local attraction, the National Videogame Museum - and ended up making it into the news! The trip, led by the Computer Science department was so that pupils could take part in the launch of a new videogame called Virtue Reality, the first ever videogame to be created by a Muslim Charity in collaboration with Ultimatum Games.

The game was born, say the creators, from a recognition that Muslims are often not presented in a positive light in films, TV programmes or video games – all too often presented as “the bad guys”. It also addresses a gap in the knowledge of the general public with regards to how foreign aid works; Virtue Reality sees Muslim aid workers helping in poor areas across the world, working for charity Islamic Relief. Players help build schools and shelters, with their characters earning rewards to be spent helping with humanitarian projects.

Schoolchildren, who played the game said that they were proud to see Muslims being portrayed positively. Adam Russell, our Head of Computer Science, said: “This is an incredible opportunity. We continually push our students to question and not to simply accept the norms and constraints of the world of technology they are immersed in. Choice, independence and determined questioning are the bedrocks of our Computer Science curriculum.”

You can see more of the coverage: